National Eucalypt Day is just around the corner (Tuesday 23/03) and we’re running out of time to cast our Eucalypt Australia Eucalypt of the Year votes! Meet some certified gumnuts and find out which species has their heart this year. Each of the following Eucalypt Champions celebrates and cares for eucalypts in their own way, championing education, appreciation, and conservation of our iconic Eucalyptus, Angophora, and Corymbia trees.

If you are struggling to choose your own vote – and you’d better hurry because voting closes this Saturday! – these seven eucalypt-lovers are out to convince you of why you should vote for the species they are championing!

and find out which species is their Eucalypt of the Year 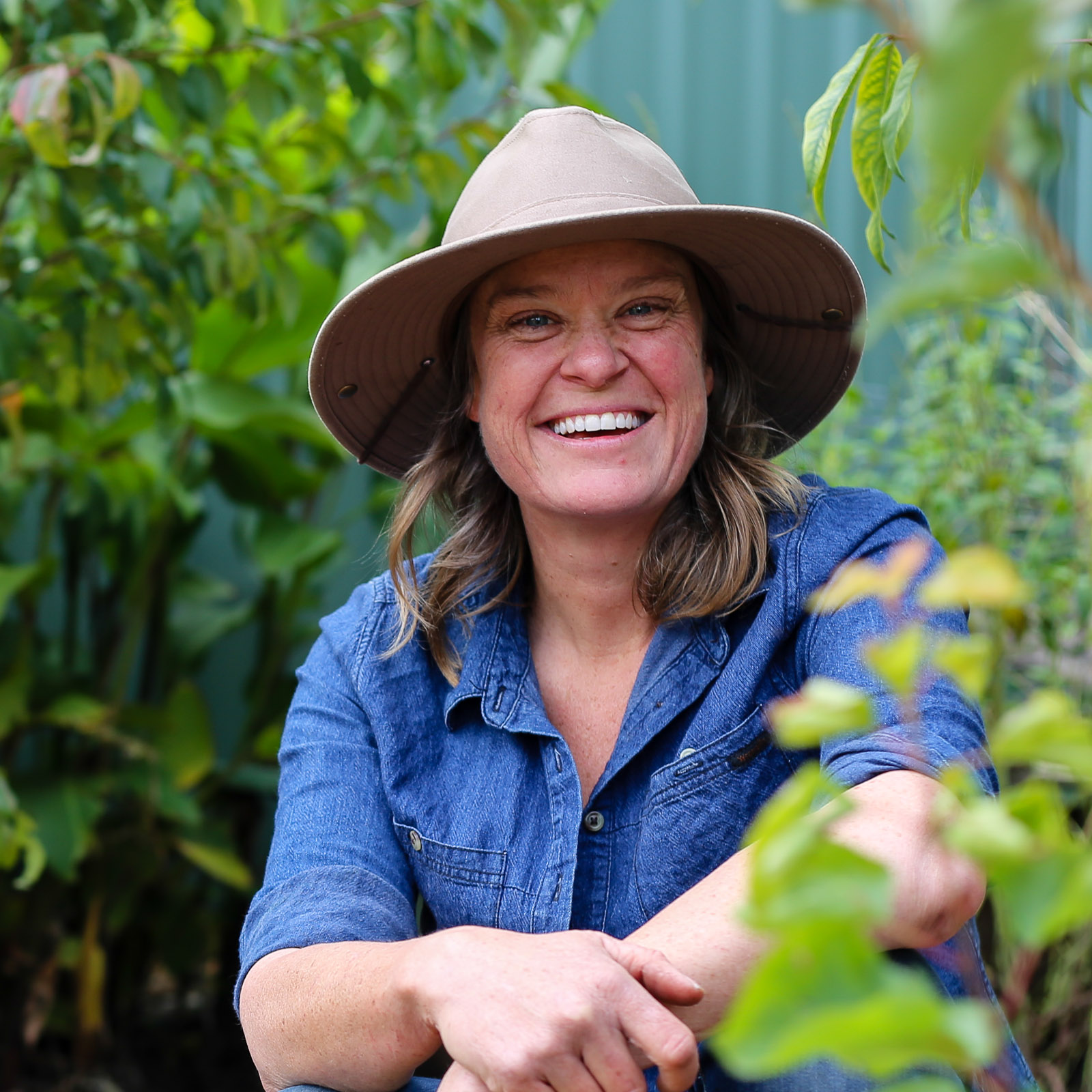 Millie is a professional horticulturist, writer, presenter on ABC’s Gardening Australia, and a massive eucalypt fan.

This year, Millie is voting for the Snow Gum, Eucalyptus pauciflora, for Eucalypt of the Year.

“For me, the Snow Gum encapsulates so much of what I revere in nature; an ability to adapt to the natural environment, incredible resilience, and jaw-dropping beauty. They are also a reminder that we need to act urgently to protect it!

I remember the first time I met a Snow Gum, Easter school holidays 1987. Newly relocated from Western Australia, we visited Marnong/Mt Buller, on Taungurung country in the Victorian High Country. I could not believe their magical, weather-contorted form which beckoned to be touched, or as a big kid, climbed! To cement the relationship, it snowed, which for a sand groper kid, was unbelievable.

As I hiked through those mountains as a teenager, I fell further. At the end of a long day, they always offered shelter just below the exposed ridgeline to make camp. More recently, trips to the high country have produced mixed feelings. With the frequency and intensity of bushfires, very few mature trees still stand. I am always looking. As the Black Summer fires moved through Kosciusko NP, my heart was in my mouth. As here remain some of the last mature, unburnt gums. The species has adapted to the fire regimes of their past, re-shooting from a lignotuber, but like so many species, the ability to weather our future climate is unknown.

While Eucalyptus pauciflora is an iconic species of alpine environments, they are widespread with subspecies occurring across much of Eastern Australia. In a reasonable-sized garden, they are a wonderful feature tree. While the species name translates to ‘few flowered’, their puffy little white blooms are produced in abundance! Also, those thick, parallel-veined leaves make the very best bookmarks. To me, there is nothing this tree can’t do!”

Photo of Millie by  Liz Francis 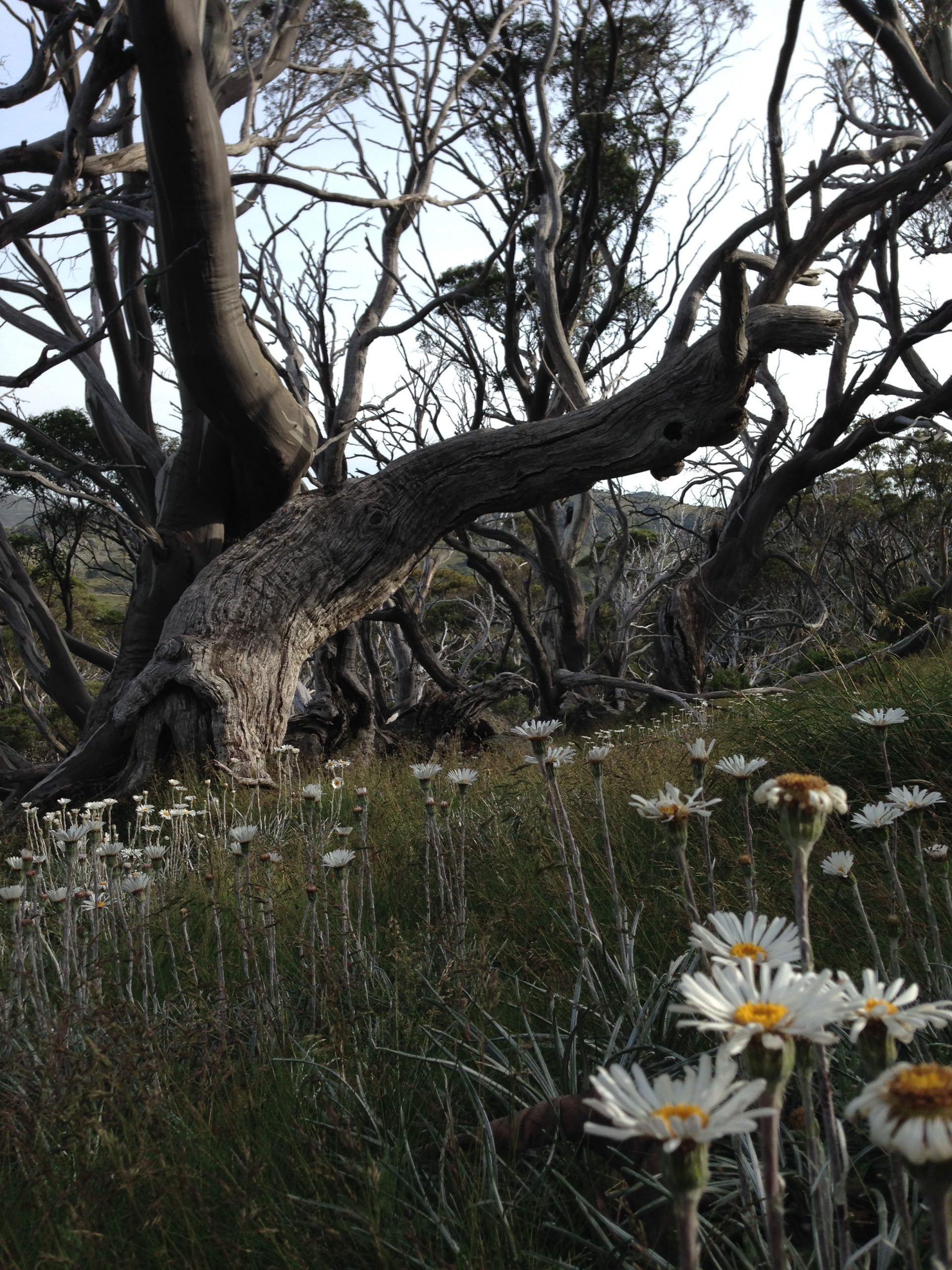 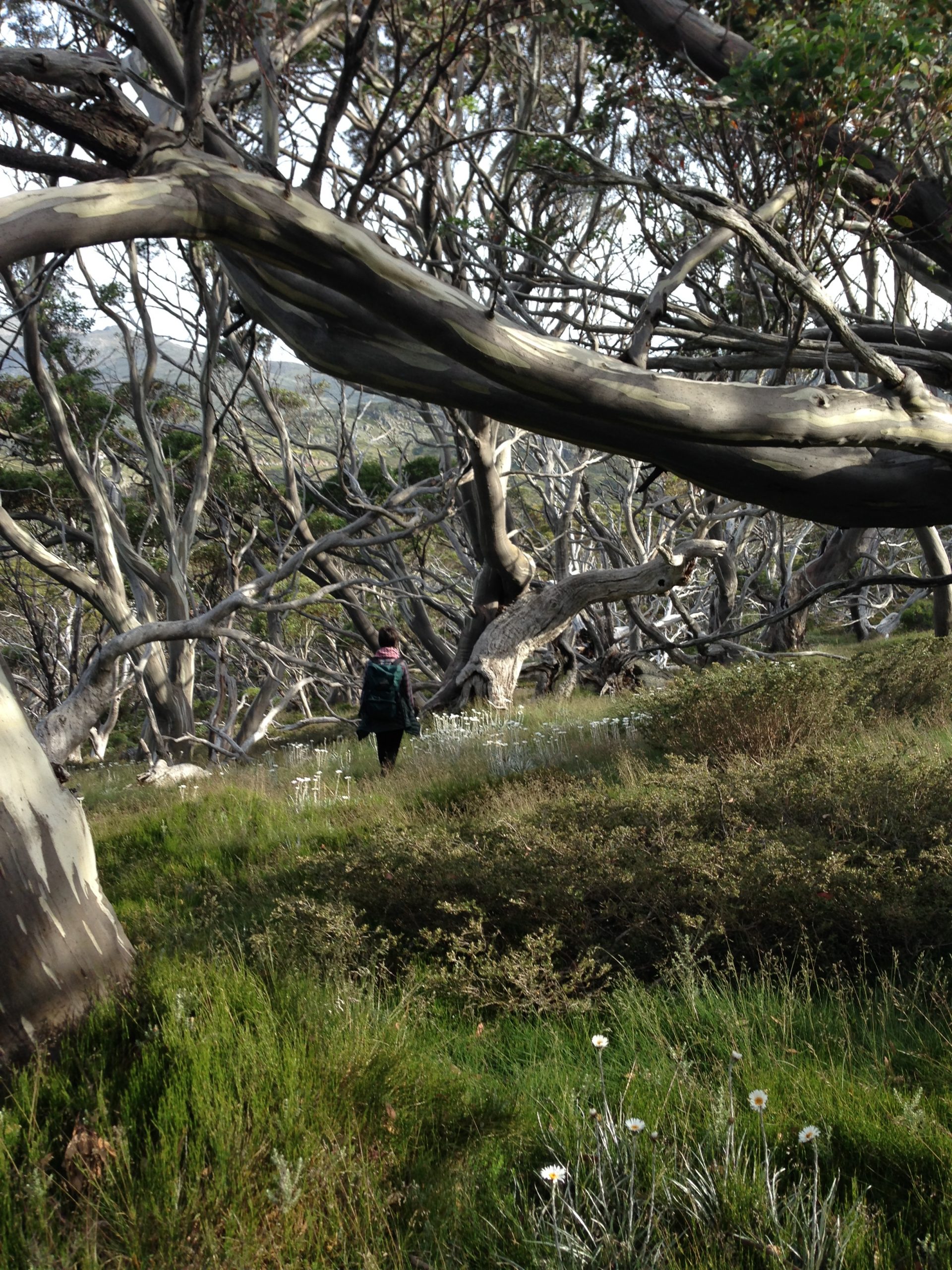 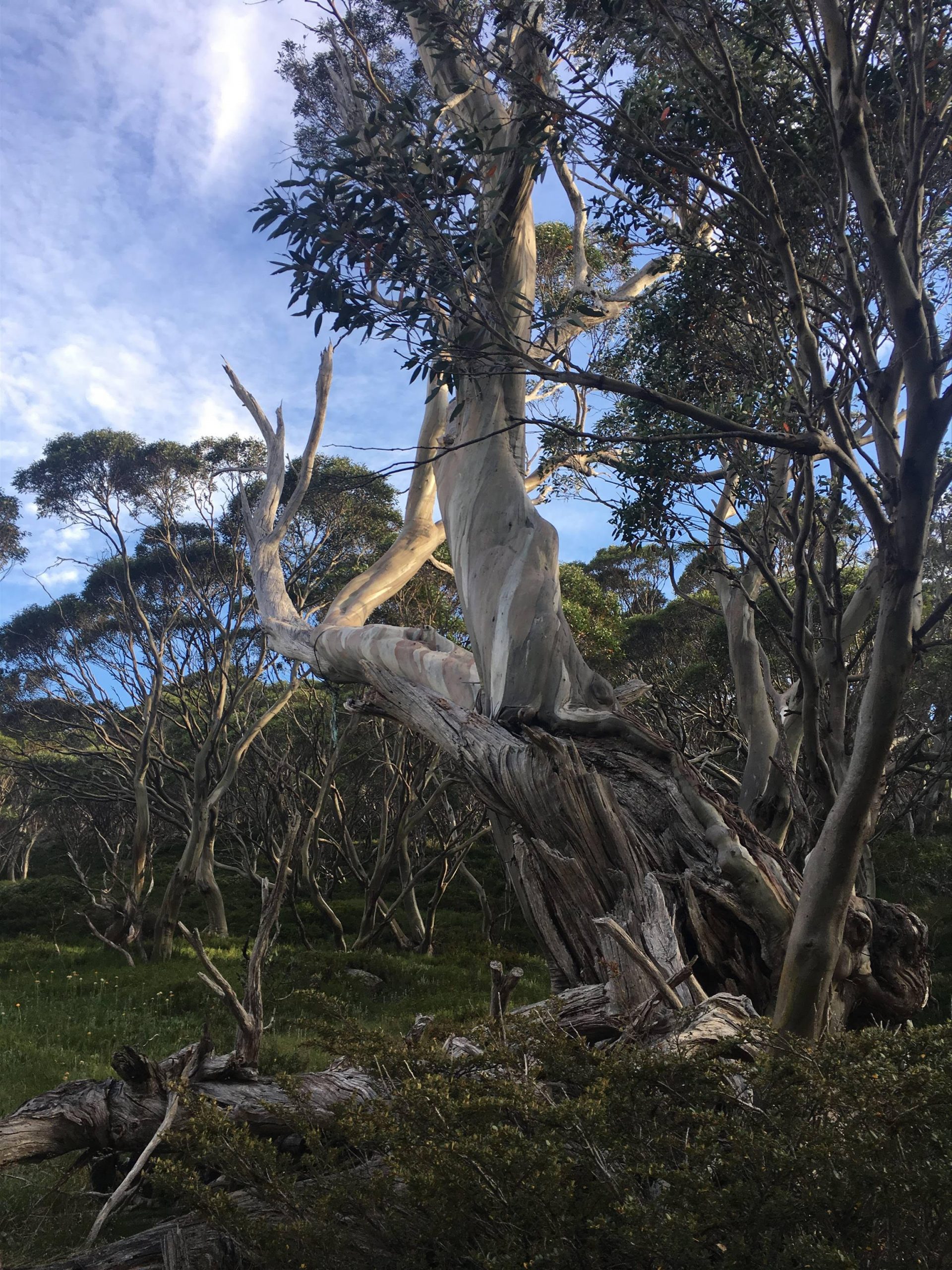 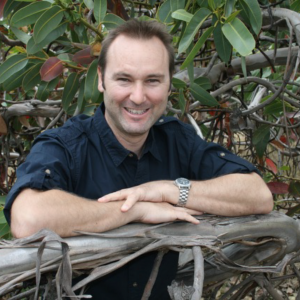 Dean is an arborist, botanist and ecologist, specialising in the eucalypts. He established and maintains Currency Creek Arboretum in South Australia, a world-renowned eucalypt research arboretum with over 800 species of eucalypts and more than 8000 plants!

“Eucalypts are the iconic Australian. Ever-present from the cities to the remote outback, the eucalypts typify Australia more than any plant does any other continent. And like Australia’s people, the eucalypts are highly diverse in so many ways – and that’s what makes them so interesting and remarkable to me.” 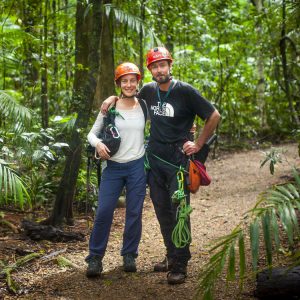 The Tree Projects create exciting, information-rich digital media to aid in the public education and the conservation of giant trees and forests. Dr. Jennifer Sanger is a forest ecologist and Steve Pearce is a professional photographer and together they have created impressive tree portraits and educational videos from around the world. Eucalypts are a special feature of the Tree Projects, with the creation of EUC2020 educational series.

“As Tasmanians, we have the biggest eucalypts in the world in our own backyard. There is nothing grander than a tall eucalypt that towers 90 metres into the sky.

What we love the most about eucalypts is the wide diversity of shapes and sizes, from towering giants to stunted mallees and everything in between.

Eucalypts are probably the most iconic thing about Australia. They are beautiful, diverse, and provide homes for a wide range of our unique wildlife.

This year we will be voting for Eucalyptus regnans, otherwise known as Mountain Ash or Swamp Gum. These trees are the tallest trees in the southern hemisphere and grow to over 100m tall. That’s why we call Tasmania the ‘Big Tree State’, as we have many grand old Eucalyptus regnans growing here”

Photo of The Tree Projects by Adam West 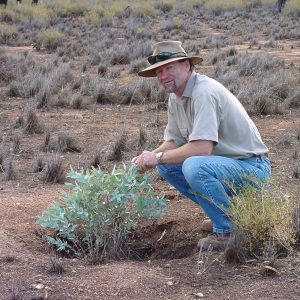 Richard is a research ecologist, science communicator, and Chair of the Forest Conservation Fund and a passionate champion of Western Australia’s phenomenal eucalypt diversity.

Richard grew up on a farm in the central Western Australian Wheatbelt where his love for gum trees and Eucalypt woodlands was ignited. He recalls many hours wandering among the remnant patches of Salmon Gums (Eucalyptus salmonophloia) and York Gums (E. loxophleba) on his dad’s farm.

Every year, Richard McLellan drives an enthusiastic campaign behind a WA eucalypt species for #EucalyptoftheYear and in 2020 he was successful in championing the Illyarrie (Eucalyptus erythrocorys) to a win!

This year, Richard wants everyone to get on board the #GimletGroupies wagon and celebrate the beautiful Eucalyptus salubris – Joorderee, Ngarrip or Gimlet!

“To me, ‘eucalypt’ is synonymous with this amazing and beautiful great southern land. When I lived abroad, my images of home were most typically of rolling landscapes clothed in the grey-blue haze of tall eucalypt forests and woodlands–– like those that I’d grown up in southwest Australia. Over the years, I’ve got to meet many different eucalypt species, many of which are so different, and so beautiful. As Murray Ball wrote in his novel ‘Eucalyptus’: “It is this chaotic diversity that has attracted (us) to the world of eucalypts”. Having said that though, I do have my favourites: some majestic like the Red Tingle (Eucalyptus jacksonii) and Karri (E. diversicolor) ; some beautiful and delicate in one way or another such as Illyarrie (E. erythrocorys) or Yellow-flowered Mallee (E. erythronema ssp inornata); and some in need of conservation support, like Gimlet (E. salubris) and Salmon Gum (E. salmonophloia).

This year I’m voting for the Gimlet (Eucalyptus salubris), or Joorderee as the Ngadju people call it in the Great Western Woodlands. It’s a beautiful, sinuous, sensuous, ever-changing eucalypt, whose beauty alone makes it worthy of a vote for Eucalypt of the Year. But it’s also worthy of a  vote because of its fragility: Gimlet has been targeted for land clearing across much of its range in Western Australia, with some 90 per cent of the Gimlet woodlands already destroyed in the WA Wheatbelt to make way for agriculture. It faces an uncertain future under climate change.”

Photos of Gimlets by Dean Nicolle and Malcolm French (L>R) 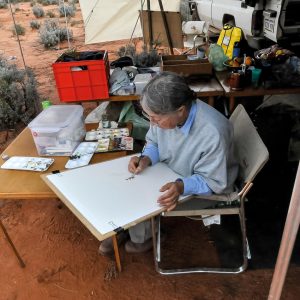 Philippa has painted the flora and fauna of Western Australia in watercolour for over 50 years. She is the author of many books published by Fremantle Press.

Philippa was awarded an Order of Australia in 2016, and Honorary Doctorate (The University of Western Australia) in 2019.

“My favourite eucalypt is always the one I’m currently painting. At the moment it is Marri, a tree local to my studio. Recently I’ve painted the gutsy Eucalyptus lehmannii and have the beginnings of a painting of E. rhodantha on my board.” 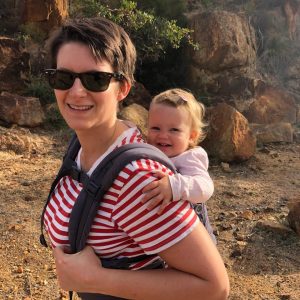 Angela founded studio Nikulinsky to share her mother-in-law’s amazing artwork, and to create a job that enabled her to stay at home after having her first child.

Now a mum of two, Angela designs beautiful botanical art stationery & gifts. All products are made in Australia with an environmentally-conscious ethos.

“My favourite eucalypt depends on the season. In summer I adore Corymbia ficifolia, Autumn the joyful Eucalyptus erythrocorys steals my heart and in cooler months the ballet tutus of E. caesia are so delightful. 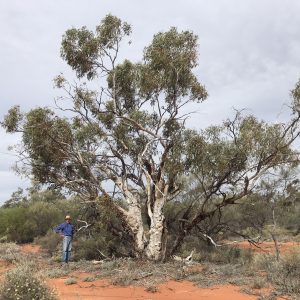 Malcolm French began his interest in eucalypts in the 1980s when he grew eucalypts for his family farm at Rylstone on the Central Tablelands of NSW. As the plants grew so did his interest in them, and it wasn’t long before he began growing more eucalypts and his desire to learn more about them became quite a passion.

Since moving to Western Australia in 1993, Malcolm’s eucalypt-chasing has led to him becoming one of Australia’s foremost experts on the eucalypts of the Western Australian Wheatbelt and south-west WA. An agriculturalist and farmer, Malcolm is passionate about the preservation of native eucalypts and the improvement of agricultural land through planting local species on farms (read more). His work in this area earned him an OAM for Conservation in Agriculture in 2015. He is also an associate researcher and honorary curator of the eucalypts at the WA Herbarium.

“One of Australia’s (and particularly WA’s) greatest assets is its flora, and it’s time to utilise our amazing flowering eucalypts to help us meet all of the challenges ahead. If you get the trees right, they will never let you down.

Six years ago I cut this Silver Princess, Eucalyptus caesia (photo below) down near ground level. It didn’t cry, rather it just sprouted more stems and was ablaze with pink flowers in three years, such is its desire to please. So easy to manage, every small garden should have one. Flowering for almost six months of the year, its beauty is ever apparent, appealing to our birds and a massive plus for one’s wellbeing.”

Photo of Malcolm by Richard McLellan 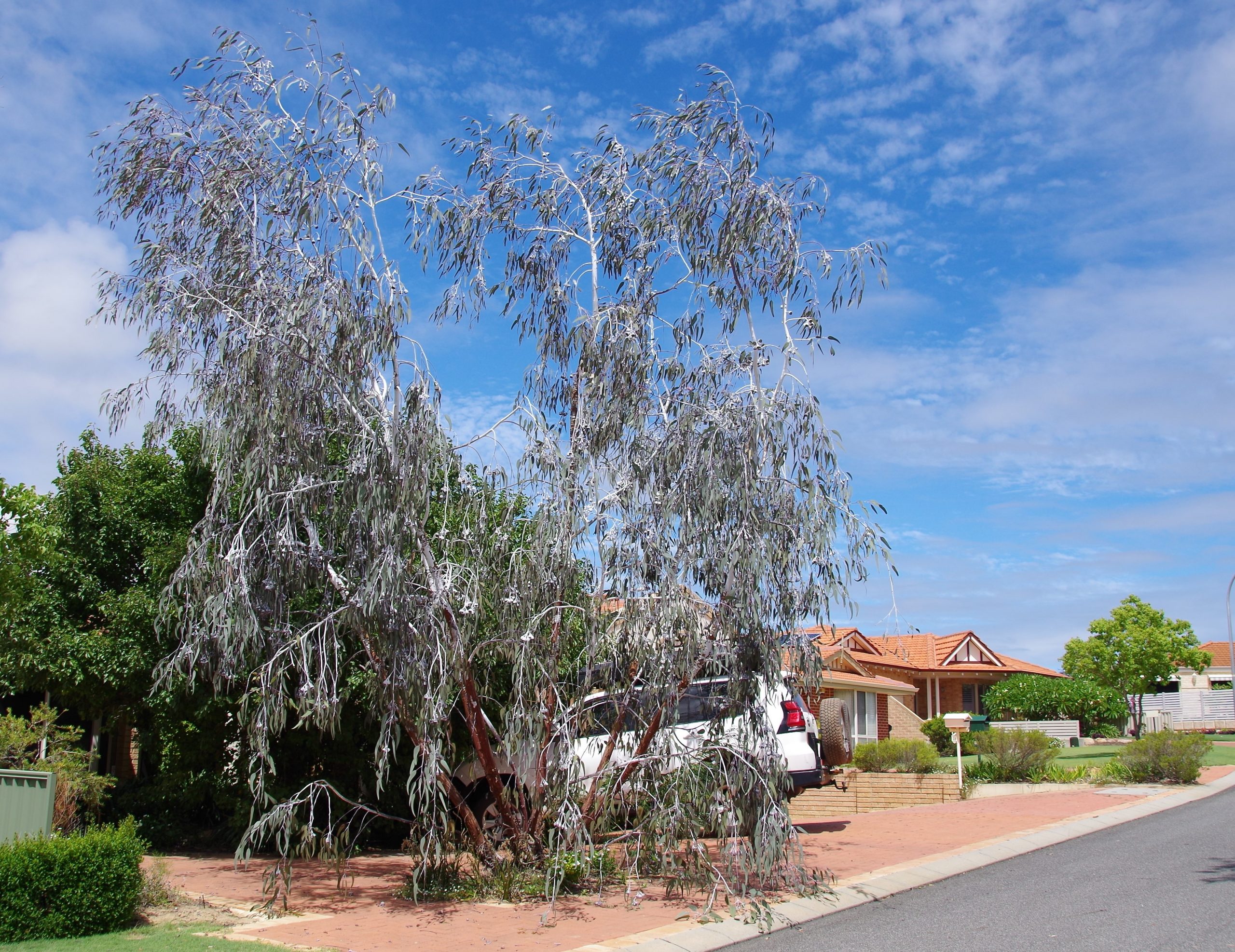 Feeling inspired? Vote here for the Eucalypt of the Year!

We’ve put together 25 of the most commonly-planted and best-known eucalypts to help you choose, but feel free to pick any of the ~ 800 others instead!

Facebook Twitter Pinterest
The story of Blackbutt and Scribbly: the ‘odd couple’ of K’gari and a very hungry caterpillarGardens and farms for gum trees: saving our threatened eucalypts one property at a time

Cathy recently completed her PhD in Ecology and is a communicator with a passion for natural history, connecting people with nature and photography. When she isn’t running the Remember The Wild operations and social media, you'll find her in the bush or underwater.