Remember The Wild was contracted by Eucalypt Australia to run a social media and communications campaign around National Eucalypt Day 2018, with the aim of promoting the fantastic activities happening around the country to the public and relevant media, and to engage and grow Eucalypt Australia’s following on social media.

Overall, we saw a huge growth in followers across all of Eucalypt Australia’s social media channels, from the time we took over managing the accounts at the end of February until the end of March (32 days). This includes:

We saw a few stories popping up in the media, and some great interactions from very influential people and organisations on social media, including the Threatened Species Commissioner, CSIRO, the Australian Academy of Science and Costa Georgiadis from Gardening Australia.

We produced a social media campaign centred around the hashtag #EucBeaut18, leading on from similar campaigns driven externally by Remember The Wild in previous years. This hashtag was supported by the #NationalEucalyptDay and #eucalypt hashtags from previous years, as well as the #EucsOnCampus and #EucalyptoftheYear hashtags, which we developed as sub-campaigns over the month.

Our #EucBeaut18 hashtag reached 6.6 million Twitter timelines and attracted 995 contributors for a reach of 2.35 million. We sent #EucBeaut18 and #NationalEucalyptDay (#3) trending nationally, and our exposure landed Eucalypt Australia a spot on national broadcaster ABC’s Triple J breakfast program. More than 2,000 tweets were created with the hashtag. There were 232 public images posted with the #EucBeaut18 hashtag on Instagram.

We asked members of the public to share their choice of eucalypt species for the Eucalypt of the Year Award, including why it is special to them. The award was selected by the number of votes, making it truly a people’s choice award, while submissions were selected by a small review panel made up of the Eucalypt Australia CEO and the marketing team. Submissions were shortlisted by each judge, and then shortlists were compared to select a winner and runner-up. 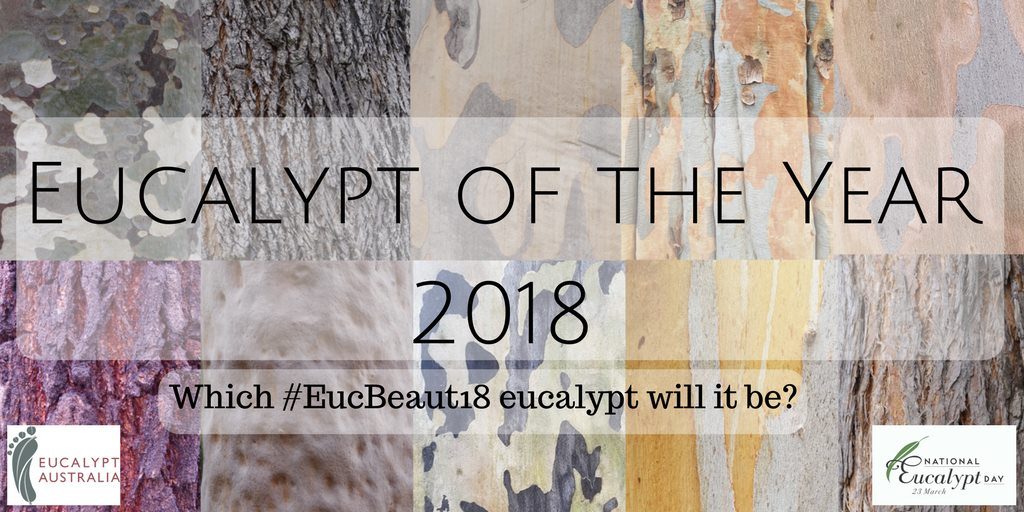 Our mission is to connect people with the natural world by igniting a cultural shift in the way Australians value it, benefiting people, communities and nature.