The Meriam Elders in the eastern Torres Strait have long known that the stars twinkle because of strong, high winds, and used these dancing stars to predict the coming of the wet season. The Gumbaynggir people would treat wounds with the sap of the bloodwood tree, which crystallised over the cut to stop bleeding and acted as an antiseptic. The Gunditjmara people invented a net to catch eels made of grasses woven into a tube-like shape. Eels would be drawn to the cosy nook, slither in and get stuck – just like a finger trap.

These are the stories missing from our science books – until now.

The First Scientists is an illustrated children’s book by Kamilaroi man, Corey Tutt. It tells the stories of mind-blowing innovations by First Nations people: from the first scientists of way back when, to modern day researchers. This book invites young scientists to ask questions and be curious about the world; to become starry-eyed astronomers, down-to-earth agriculturalists, or chemists who like to mix things up!

Corey is the founder and CEO of Deadly Science, an organisation that provides science books and resources to remote schools in Australia, with a focus on Aboriginal and Torres Strait Islander communities. He was also the NSW Young Australian of the Year 2020. He is warm, authentic and laughs easily, and says that publishing this, his first book, has been a dream come true.  He talks with beaming enthusiasm about this momentous project and much-needed book.

“The biggest thing for me is that I want all kids, no matter what your background, where you come from, to see science as something that can be for them. Science is not based on gender, it’s not based on what you had for breakfast, it’s just based on just deadly work,” he says. 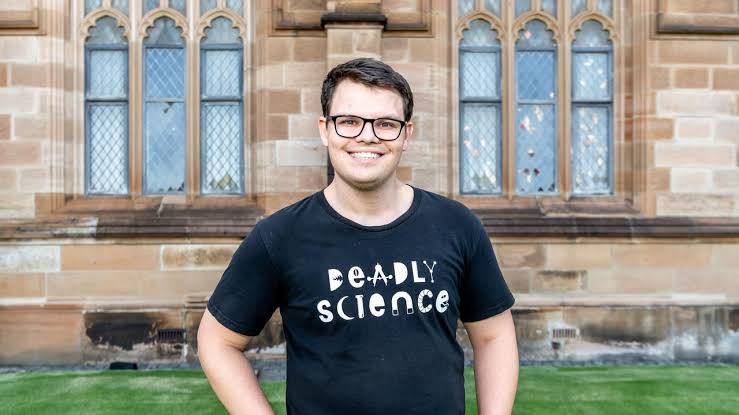 The book has stunning, playful illustrations by Koori artist from Western Sydney, Blak Douglas who Corey met at a book launch. “He just felt right because I wanted to give a quirky edge to the book. People often say, ‘How come Aboriginal people didn’t have the wheel or wear lab coats?’ Blak and I spoke about it and we said, ‘Well why don’t we just put all the Aboriginal scientists in lab coats?’”

Innovation comes in many forms, and Corey says that not all scientists have a degree.

“If you have Indigenous paintings in your office, home or museum, they’ve probably mixed the ochre with emu eggs to make the paint last longer – in some caves the paint has lasted up to forty thousand years. And if that isn’t chemistry then what is? And then there’s the story of the Aboriginal bush trackers finding some lost non-Indigenous children in the Victorian Alps. Those kids probably would have died if it wasn’t for them. And if that’s not forensic science then what is?” he says. 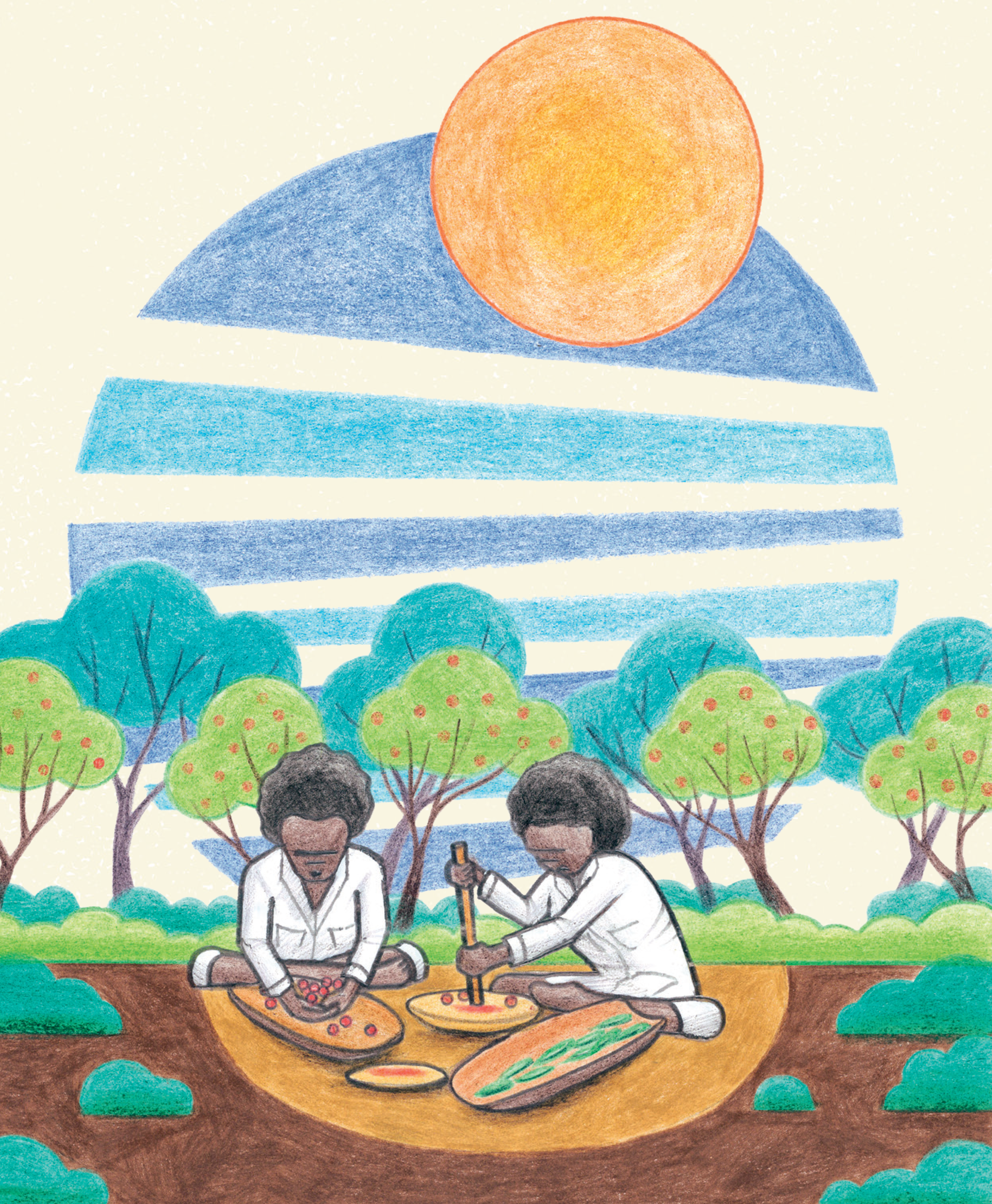 There are countless examples of how first scientist innovations are used in our modern lives. From the aerodynamics of boomerangs as the inspiration for aeroplanes, to the antiseptic properties of tea tree oil, and controlled burns that help manage bushfires. First Nations people are working with scientists today to create new technologies like sustainable plastics, and to conserve, manage and track wildlife such as bilbies, turtles and crocs. The book is packed with fascinating facts  to interest kids and adults alike, and features profiles on inspiring First Nations leaders in science. “It’s the ultimate book for party facts about First Nations science,” says Corey. 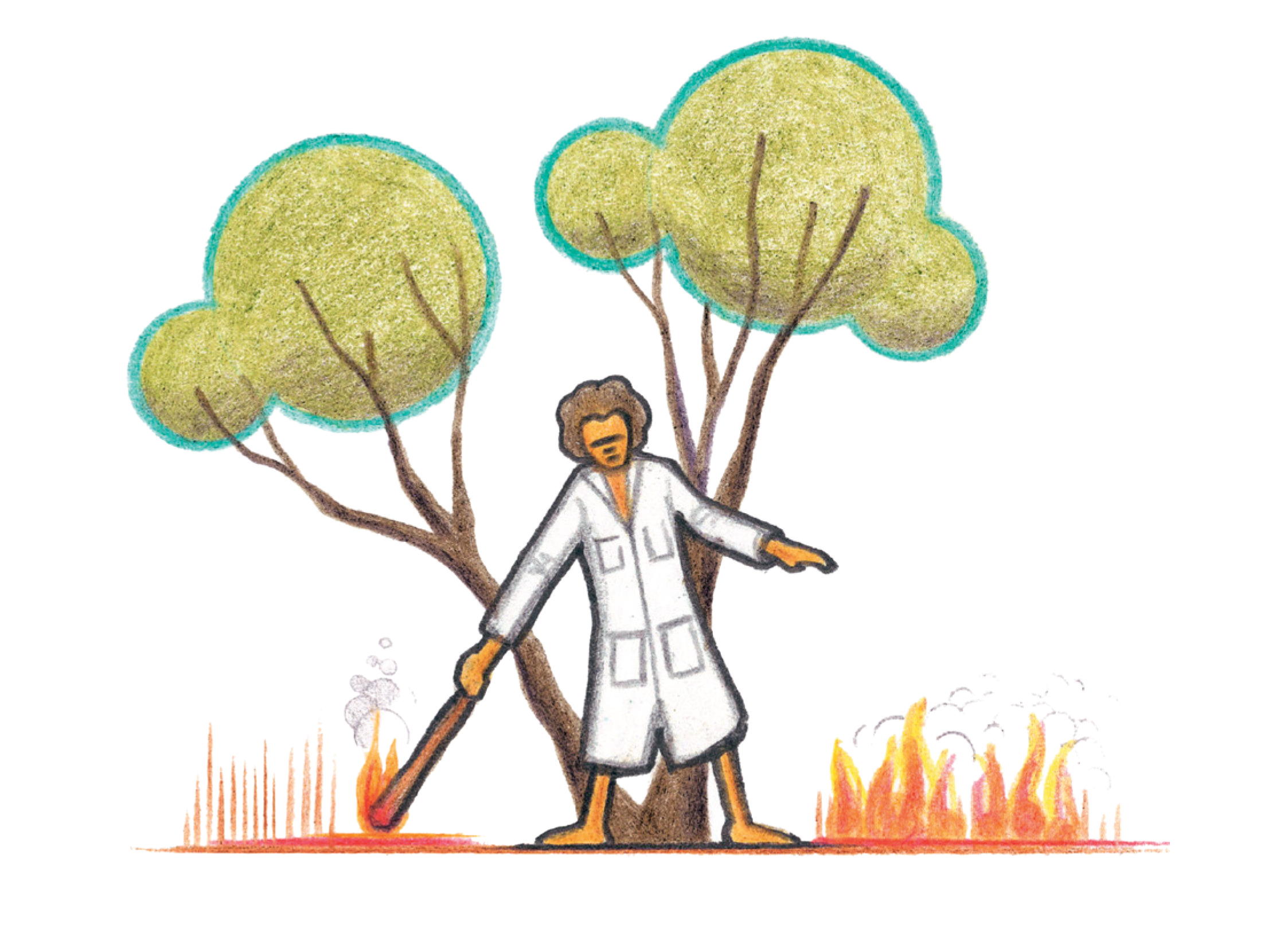 A love of nature and connection to culture

Corey talks openly about having a difficult childhood, and that his love of nature and animals helped him through it. He grew up watching David Attenborough and dreamed of being a zookeeper one day. “I can’t tell you how many times I put on a husky British accent and pretended that I was doing a documentary of all the lizards and snakes in my backyard as a kid,” he says. But when Corey was 16 and told his careers advisor that he wanted to be a zookeeper, he was told to stick to a trade otherwise he would “end up in jail or worse.” Corey says a number of people at his school were told this, including his sister who was told to take up hairdressing. “I can safely say that my sister has never cut hair in her life!”, says Corey.

Undeterred, at 16 Corey embarked on his career: he worked entry level jobs at wildlife sanctuaries and zoos, sheared alpacas (where he had his cheekbone broken by an alpaca named Pikachu) and worked for the RSPCA. Things weren’t always easy – at age 18 his best friend died, which shook him to his core. But Corey says his love of nature and his connection to his culture kept him going, and eventually led to work at the University of Sydney, where he is now an Ambassador for STEM at the Faculty of Medicine and Health.

“The only encouragement I got as a child was for being good at sport, and it’s like that for a lot of Aboriginal and Torres Strait Islander kids. I wanted to give back to these kids so I started working for the university and yarning about science and nature”, he says. 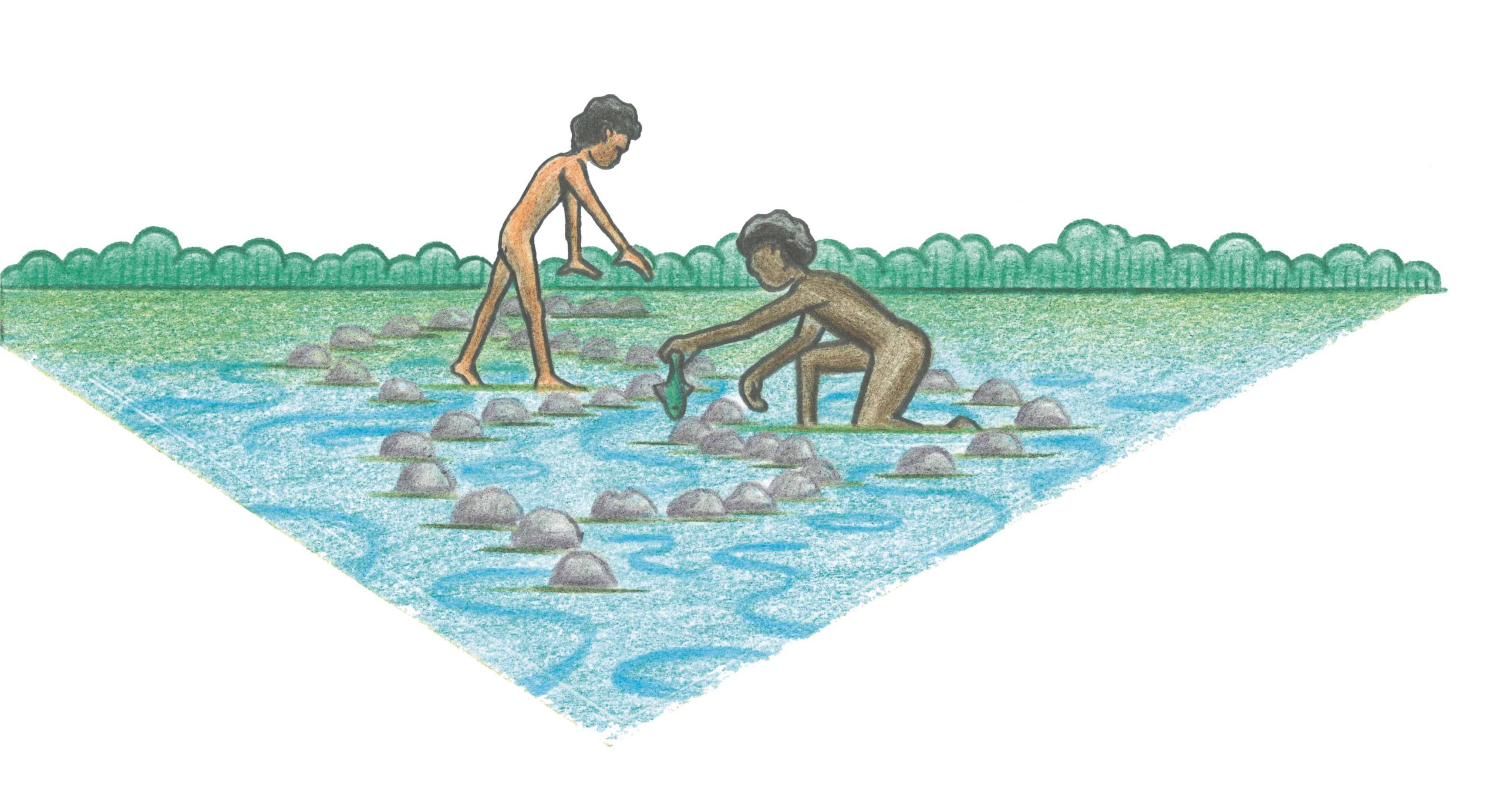 Corey got the idea for the book from his work in outreach. “I started mentoring a lot of Aboriginal kids that were in the community way down in Waterloo and they were saying to me, ‘How come we don’t get told we can do science?’ And I got really bothered by it, so I decided to do something about it,” he says. Corey started working a second job as an animal attendant at a pet hotel to get the money to send science books to remote communities – which is how Deadly Science started. But he found it hard to find enough books featuring Indigenous scientists and science so that the kids could see themselves in that role. He says, “You can’t be what you can’t see.”

The First Scientists features many examples of Indigenous adults and kids doing science, such as students from the Purnululu Aboriginal Independent Community School, who helped develop plastic traps to capture tadpoles of the invasive cane toad. 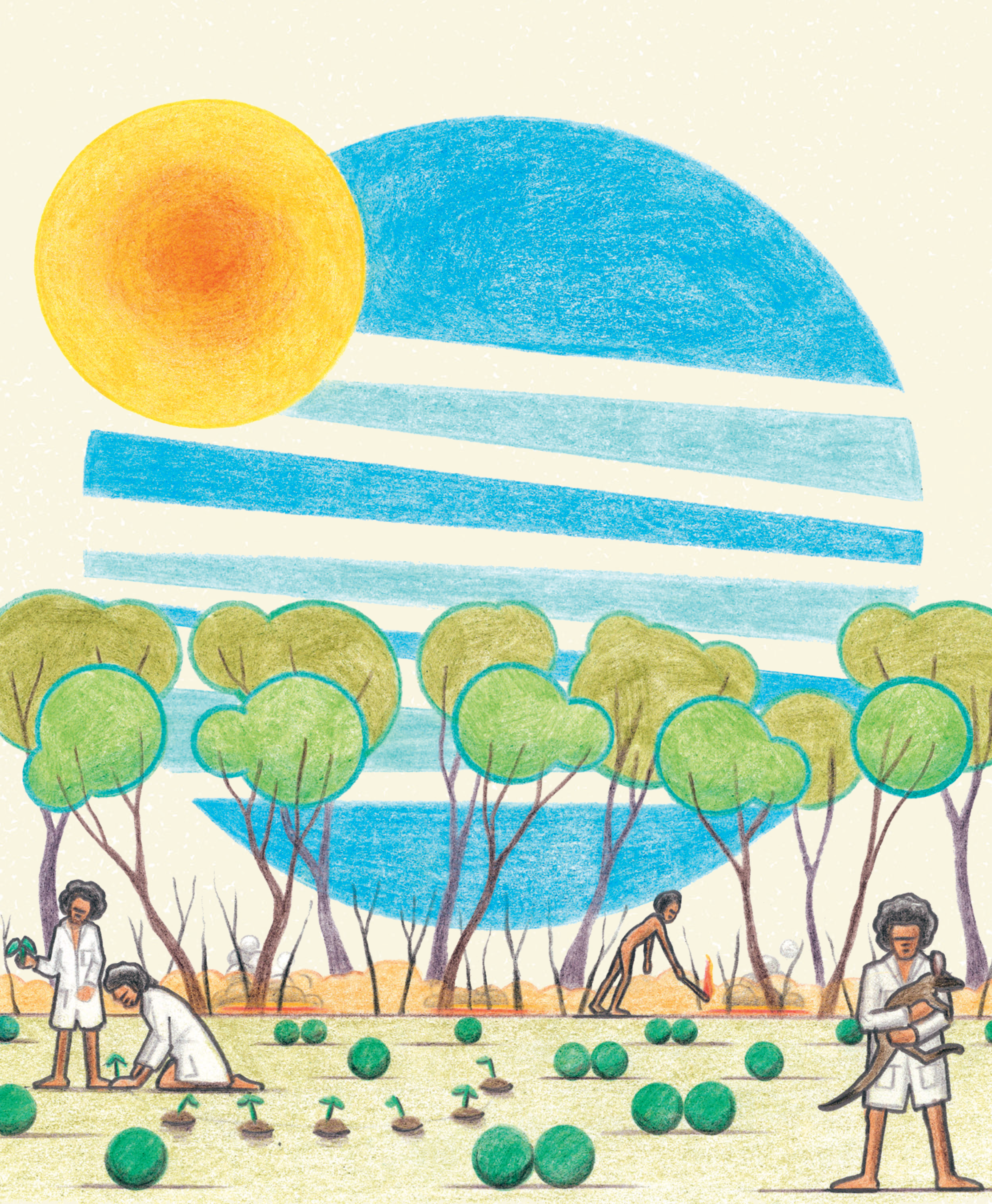 Corey also says he didn’t see enough representation of Indigenous women in most books, and made sure to profile them in The First Scientists. “Because to do anything great you need empathy, and the best exponents of empathy are the strong women in our lives. Whether it be your Mum or your Auntie on the block who teaches you that you’ve gotta be kind. If you’re kind to others, you’re going to be a really good scientist. Because the majority of science is trying to make tomorrow better,” he says.

Which is exactly what this book has set out to do, and Corey seems humbled by the opportunity to make a difference. “I never thought that when I was growing up in Dapto of all places that I would ever write a book or be someone that would impact these kids’ lives in a way that would leave a legacy. So I’m very grateful.” 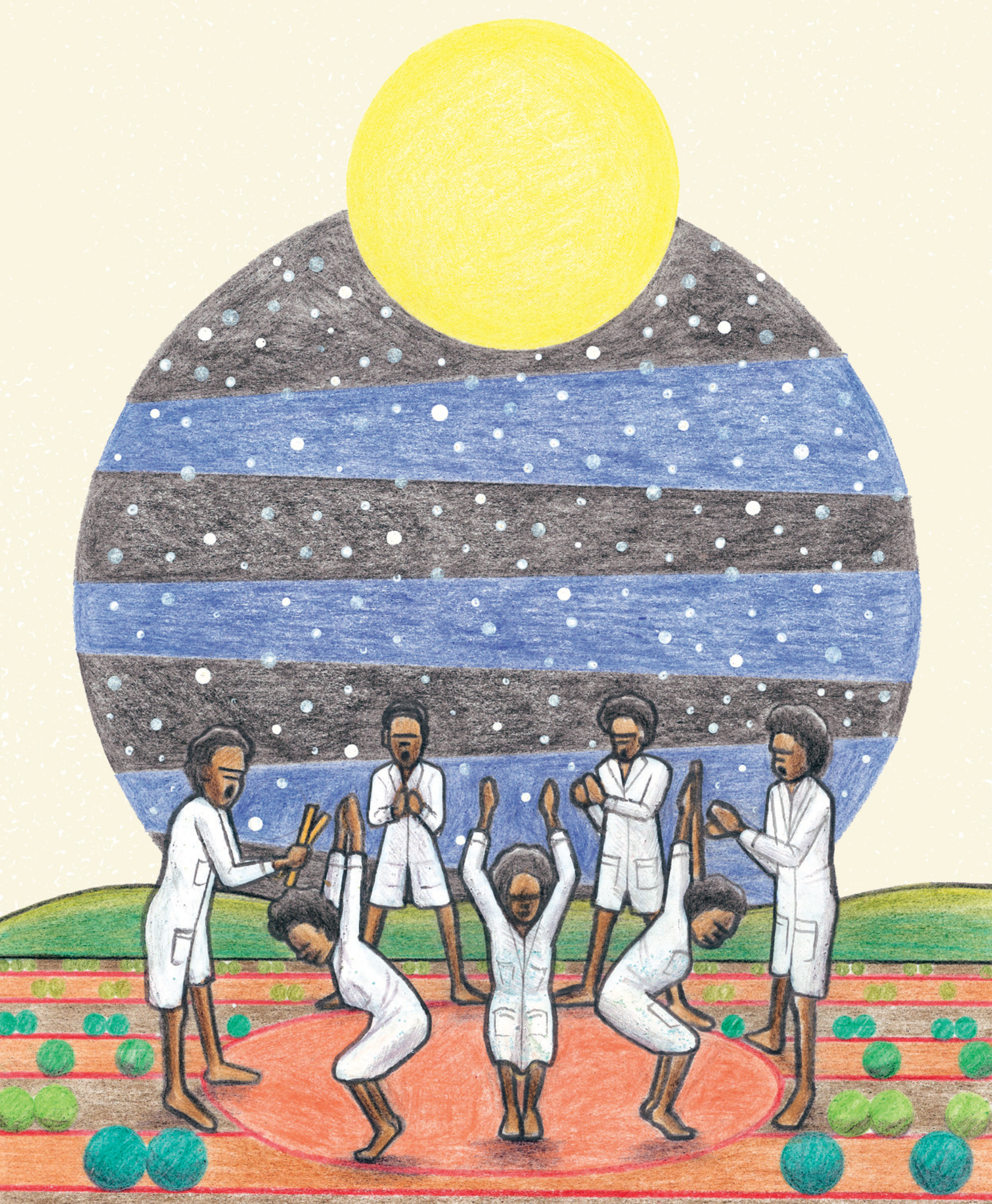 Hopes of a shared understanding of First Nations history and culture

Corey admits that the strong focus on nature and wildlife and in the book are part of his own bias, but says he knows young people love them too. “They go nuts, they go bananas over wildlife. I just think that animals are so unique. It doesn’t matter who you are on this planet, somewhere along the way there’s an animal for you, that you’re gonna like, and you’re gonna love. The thing that all bonds us as Australians is that we can walk out and we can see so many different birds and lizards and reptiles.”

It is Corey’s hope that this book will help bring Indigenous and non-Indigenous people closer by sharing in an understanding of First Nations rich history and culture – the oldest living culture in the world.  “Ultimately this is a shared land now and our kids need to grow up learning about the first people that were here. The first scientists,” he says.

The First Scientists is “a wholesome book for deadly kids out there to love science, and see science through a different lens.”

You can get your copy of The First Scientists here, and check out the incredible things going on at Deadly Science here. 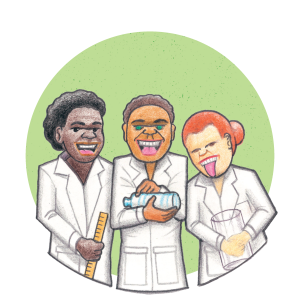 Unfathomable immensity and inescapable fragility: Antarctica beckons travellers to the bottom of the world, but should we go?