From 60 degrees south there is the Southern Ocean. Its presence is mighty – notorious for driving winds, humongous swells and vast expanses of sea ice. Like every journey to Antarctica by sea, our ship must pass through the Southern Ocean. There is no shortage of intensity here, but we are also offered tranquil and humbling moments.

The wind whistles through the ship and whips the tops off the waves. The Aurora Australis reverberates as she crunches and slides her way through the ice. I stand on the back deck, feet planted wide to stay upright, wrapped in yellow Gore-Tex.

My eyes are fixed on the small bird behind the ship. The pure white wings of the Snow Petrel flutter occasionally. It seems drawn to us, suspended lightly on the wind in the wake of the ship. I inhale a deep, cold breath and gaze over the icy ocean, feeling connected and humbled by the simple beauty of a truly awesome seascape.

In my role as a biologist with the Seabird Ecology Research group, I am humbled to work on a long-term monitoring program for Adelie Penguins. We track population changes, collect an array of samples to monitor health and diet, and deploy devices to investigate foraging areas and behaviours for penguins and flying seabirds in East Antarctica.

The 30-year program on Adelie Penguins uses an automatic weighbridge to calculate weights of individual penguins as they come and go. Combined with foraging behaviour and diet studies, this informs fisheries management in the area as part of the Commission for the Conservation of Antarctic Marine Living Resources (CCAMLR) ecosystem-monitoring program.

The Southern Ocean and Antarctica are places of dreams, nightmares and ice. Since the continent was first sighted in 1820 by the Russian Fabian Gottlieb von Bellingshausen and later explored by Scott, Shackleton, Amundsen and Mawson, it has inspired many adventures and expeditions south.

For me it’s the creatures that live here and the captivating variety of frozen water. Nilas, pancake, brash, pack, frazil, grease, fast – so many names for different types of ice. However, none really describe the sound, patterns and movement that Mother Nature provides or the dynamic and ever-changing ocean.

‘Does it ever get any less magical?’ I shyly ask the Captain on the bridge. ‘No,’ he smiles – a knowing, beautiful smile that says a thousand words. We have reached the pack ice and I finally feel like we’re ‘getting closer’ to our destination.

The bow of the icebreaker slips over pancake-like circles of ice that crack and crumble under her weight. Their edges serrated, bits of ice struggle to stay afloat, leaving a wake of clear water as wide as the ship’s berth.

It’s not about the destination, they say, but the journey. And as our Voyage Leader said ten days earlier, ‘you are about to embark on one of the most epic journeys in the world’. The Aurora is headed for Davis Station on the first resupply voyage of the season. From Davis Station some of us will fly to Mawson Station and change over with personnel there. The current team at Davis has been living on the icy continent for a year.

This journey is around 3000 km, from Hobart in Tasmania to Davis Station on the east side of Antarctica. A small mix of tradespeople and scientists, myself included, are heading to Mawson Station, where we will be based for the summer. To get there from Davis we will catch a three-hour flight in a small light aircraft across the ice. We are based at Mawson until the Aurora visits for resupply at the end of summer on her third voyage of the season.

It takes 14 days to reach Davis: ten days sail from Hobart to the edge of the pack ice. That’s ten days of rolling seas, pitching beds, howling winds, seasickness and boredom. By day two, with cabin fever setting in, my room-mate quoted our leader and mused: ‘It’s strange how the most epic adventure we will ever undertake can also be the most boring.’

On our journey south I found solace from boredom in the excitement of those experiencing ship-life and soaring seabirds for the first time. Albatrosses, ancient mariners, never fail to capture the imagination of those who sail on the southern seas. Their sheer size and effortless soaring in strong winds – wings kissing the tops of the waves – is mesmerising.

As a biologist who has worked with these beautiful creatures on land, it’s always a privilege seeing them at home, on the wing, soaring across the seas, representing the effortless freedom of the wild, in the last great wilderness on earth.

Like the increasing ice, creatures begin to materialise along the way. A call of ‘penguin on portside!’ sends everyone rushing to the side, cameras at the ready. ‘Which side is port?’ asks a first-timer with a nervous giggle. 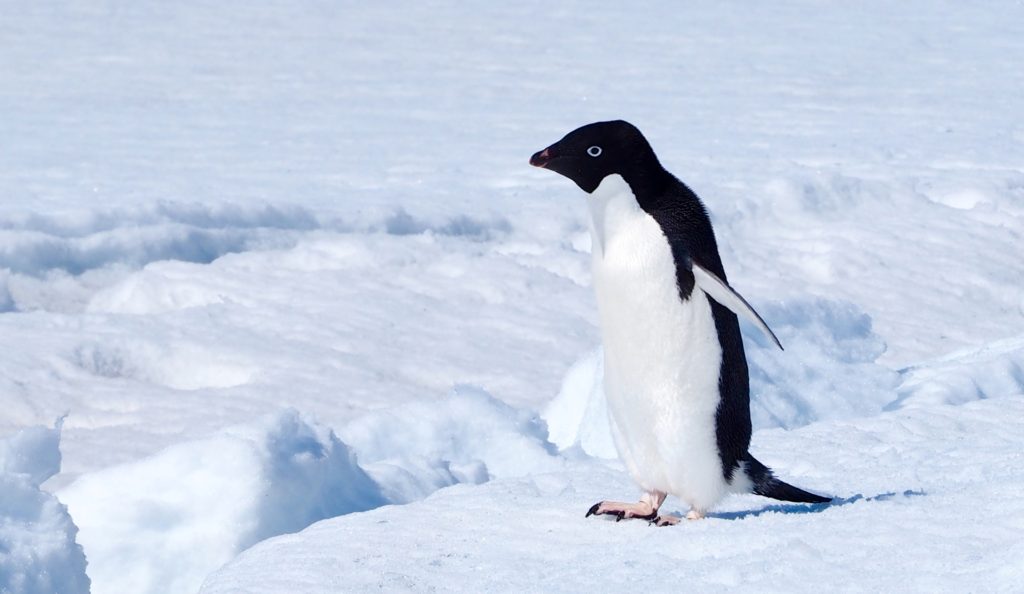 Expeditioners, ship crew, diesel mechanics, or chefs – no matter your occupation, everyone loves a penguin. Their character-filled movements, cute faces, sleek swimming, and survival in the icy water – they seem invincible. And everyone hopes they’ll run and leap from their ice rafts as the ship rushes towards them at speed.

As the Antarctic continent looms on the horizon, tranquil reflections of clouds are replicated on the water. The fragility of this space echoes in the stillness. Survival is balanced in the fine margins of feathers and food, blubber and fur.  The vastness is humbling, the creatures curious, and the sounds are like nothing else on earth. While the voyage through the Southern Ocean might nearly be over, I feel this adventure is only just beginning.

The RSV Aurora Australis has been the primary icebreaking, marine science and resupply ship supporting the Australian Antarctic Program for 30 years. It will be replaced by Australia’s new Antarctic icebreaker, RSV Nuyina, due to arrive in Hobart in 2020. Nuyina will become the main lifeline to Australia’s Antarctic and sub-Antarctic research stations and the central platform for scientific research in the Southern Ocean.

Kimberley Kliska is a biologist and outdoor educator. Through her work she spends most of her time in the great outdoors connecting people with wild spaces. Through her science work she also undertakes research on a range of threatened species, contributing to the conservation of a range of seabird and marine megafauna species.