I remember when I found my first artefact. It was in a paddock near a dam on a main road. It was a white stone blade about an inch long. I was amazed at how it had been engineered, with different flakes removed to sit nicely in the fingers. My old peoples’ stone tools were often not simply a chip from a larger rock; they were well thought out and had evolved over tens of thousands of years. I used to hold them and try to think through the process of how it had been created and which of the angles had been put on purposely and in what order.

Often we would take part in archaeological excavations or surveys and find hundreds of artefacts in a single day. Many of them are not tools but simply the waste flakes from the tool-making process. However, all of them are important. Sometimes they can be ‘refitted’ or put back together so we can understand how they were created. Making a long thin point for example, out of a rock, using another rock, is no simple feat. I was often in awe of stone tools we found and spent lots of time outside of work thinking through the processes involved in making them, studying, researching and then eventually trying it for myself. 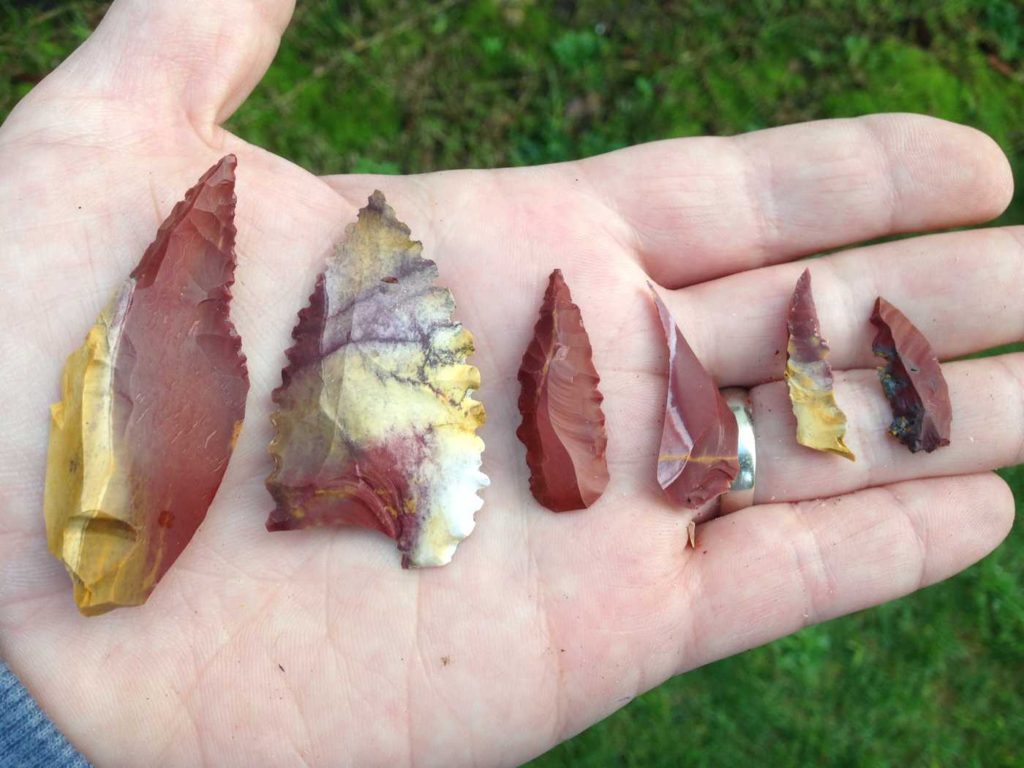 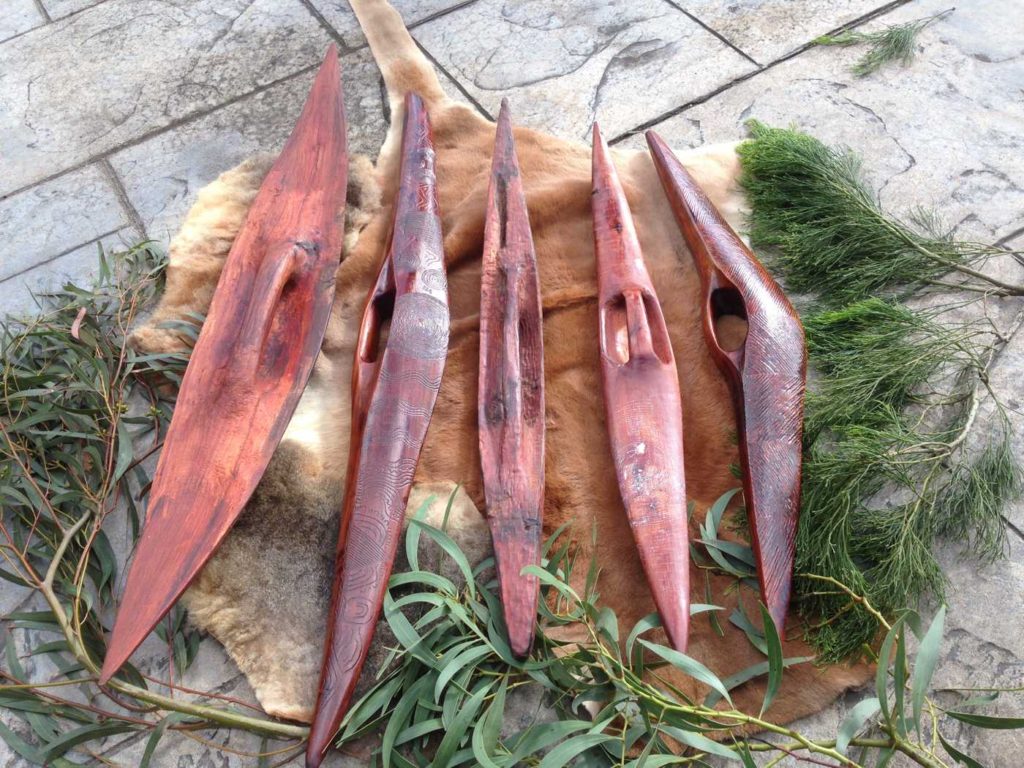 After a few years I started to get a basic understanding, learning a little bit each time, many times injuring myself and walking away bleeding. The force required to break stones is reasonable and the flakes are incredibly sharp if you use the right stone. Nothing helps you learn faster than smacking your finger between two rocks with a bit of force, or slicing open a finger. Eventually it began to make sense and I was able to recognise shapes on the core that could become certain tools. I was able to remove bigger flakes and make bigger tools. All of this came to a point one day: to understand the tools better, I needed to start considering what they were actually used for. 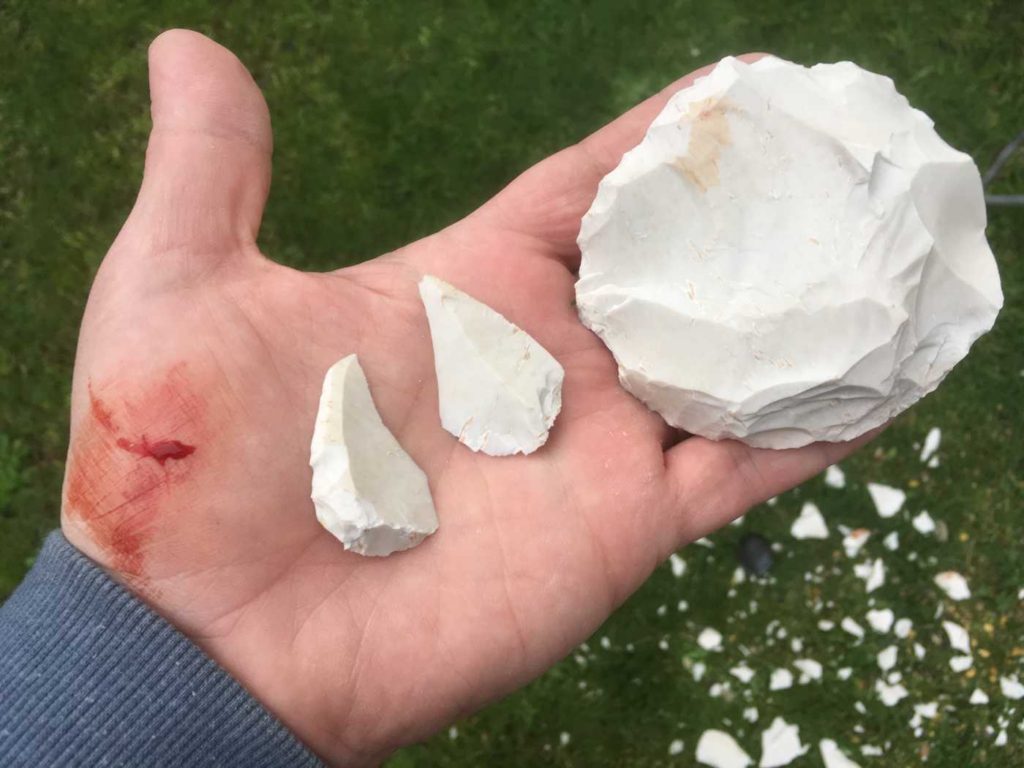 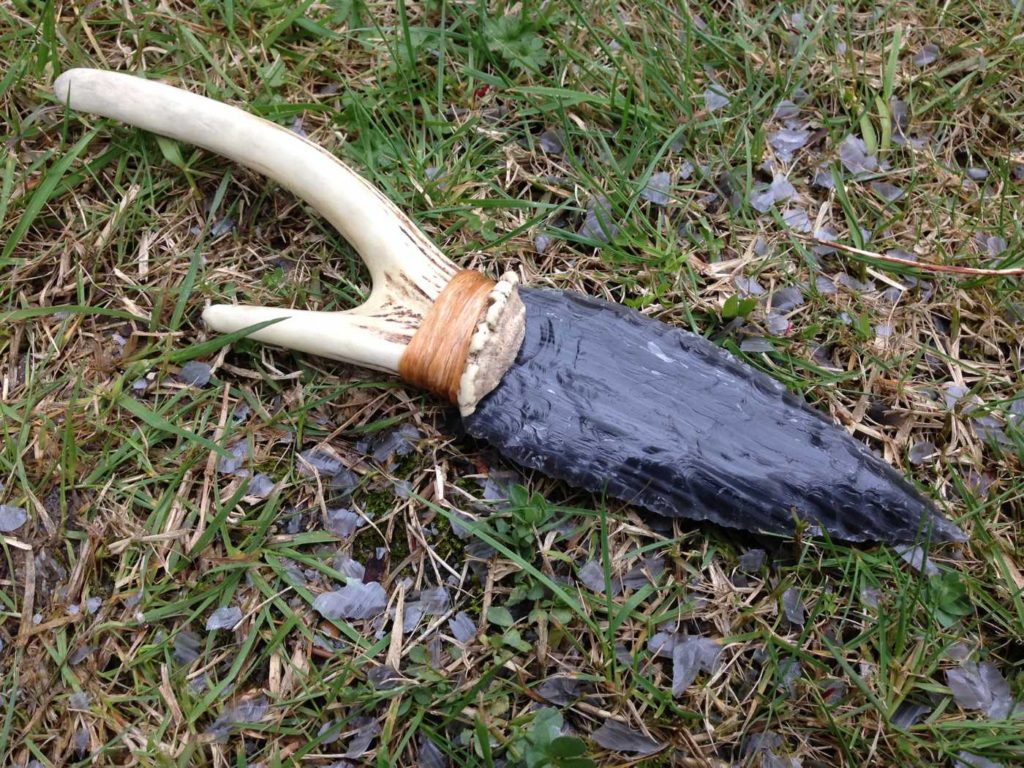 I first started working wood about seven years ago. An Elder gave me a boomerang blank to finish (a blank is the wood before any work has been done to it). I’d never worked with wood before, except for woodwork at secondary school. To be honest, I was hesitant to start the process as I was a little afraid that I might ruin the blank. Some way through shaping the boomerang, I realised that I was feeling something, something I hadn’t felt before. It was strange; I was taken over by thoughts about this piece of wood and the tree it grew from, where to take more from, where to leave. I was thinking a few steps ahead the whole time, like I had done this before. I was enjoying this more than I should be – noticeably more. I barely put this boomer down until I had finished it a week or so later, but when I had put it down for a break or meal it was all I could think about. Then there was that feeling, almost impossible to explain in a way that did it justice. Words were definitely not enough. When discussing this with an Elder, they explained that, ‘after 40,000 years of our old people doing this every day, your body and mind are still connected to that, even generations later’. It’s as though there is some kind of memory, not necessarily within the mind but also within the cells of the body. I believe that in the case of my woodwork, some of it is not necessarily memory recalled from within my own lifetime. 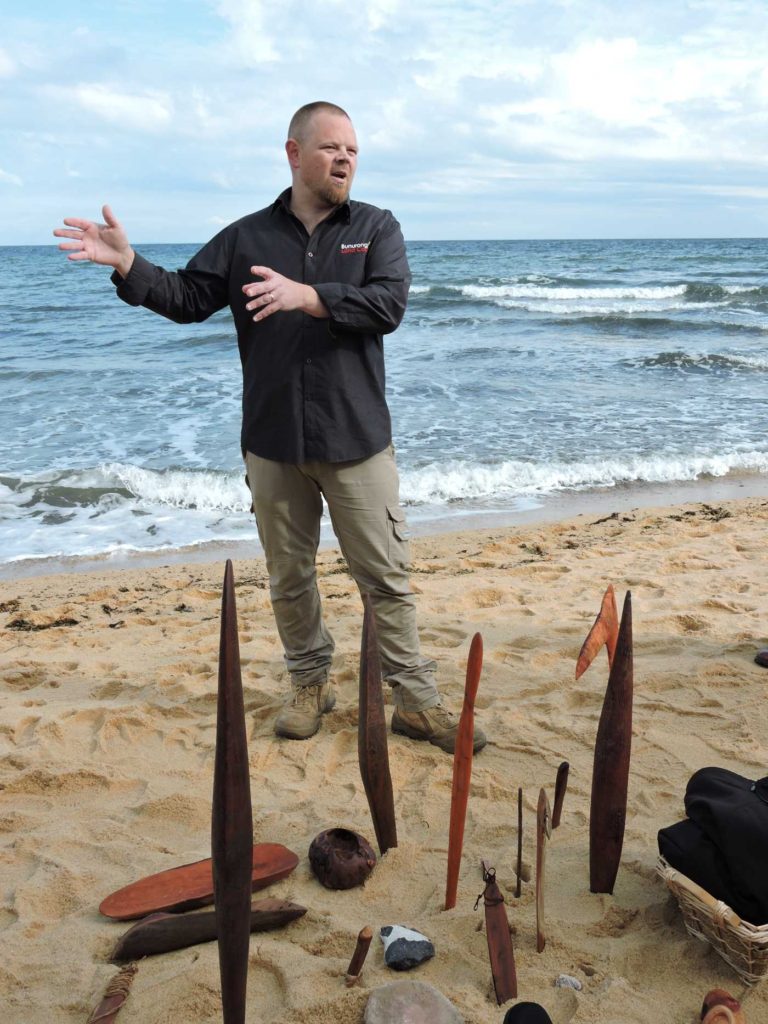 I’m always working on something, usually thinking about the next piece I’ll make and what story to carve into it. This is something that my being needs to do; it’s not simply a hobby. Each piece takes a long time and everything that happens along the way becomes a part of it. After they’ve been covered in red ochre and engraved with my ancestor’s stories and places, they become so important to me that I often can’t face letting them go.

My ancestors have been here for over 1,000 generations. When I make stone or wood pieces I am connecting to that past. It is overwhelmingly special and important to me, and I am privileged to be able to continue this practice and pass it on to our next generation. 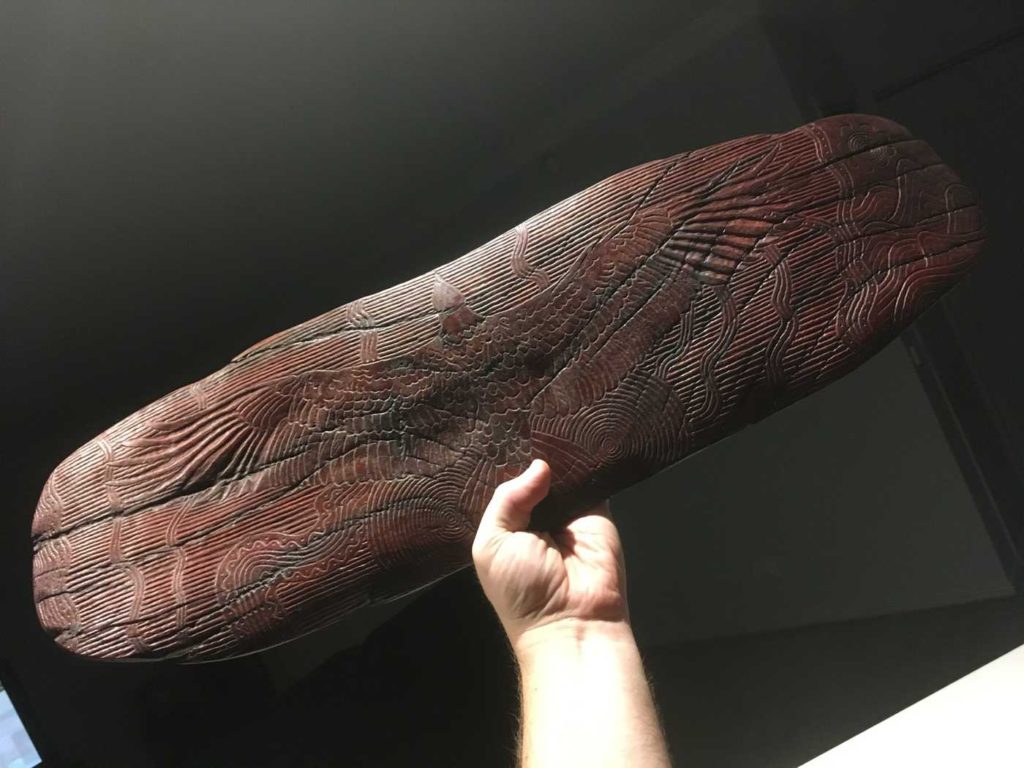 All images courtesy of Dan Turnbull.

Dan Turnbull is a Bunurong man and the CEO of the Bunurong Land Council Aboriginal Corporation. Dan has been involved in Cultural Heritage professionally for 10 years and has a love for stone and wood culture, recreating many of the objects made by his ancestors for many thousands of years.