Two years ago, I found myself trekking through the hot humid bush of Far North Queensland lugging a bundle of small mammal traps, a GPS (which still didn’t stop me getting lost in the taller-than-me grass) and a bucket of some very stinky bait.

I was on the hunt for one of Australia’s most elusive predatory species – the northern quoll. These carnivorous marsupials look like an adorable cross between a cat and a possum, with a long dark tail, pointed teeth and a smattering of white spots on grey fur.

Each night for over three weeks, I carefully set between 30 and 70 small traps, baited with a delicious concoction of rolled oats, peanut butter, tuna, sardines, cat food and fish sauce. But unfortunately (as is common for mammal trapping), over 90% of the 696 traps I set during my field trip were still empty come dawn.

Yet, every now and then my heart would leap to see a closed trapped in the distance… Maybe I’d finally caught one? But more often than not, it was yet another brush-tailed possum, bandicoot, or cane toad. Even worse, I once came across a closed trap with bait gone and quoll scats all over the bottom of it – a sure indication of a quoll escape and a sign that maybe the traps I was using were not exactly quoll-proof.

But one day, I got lucky and finally caught my first quoll. A male! This is him: 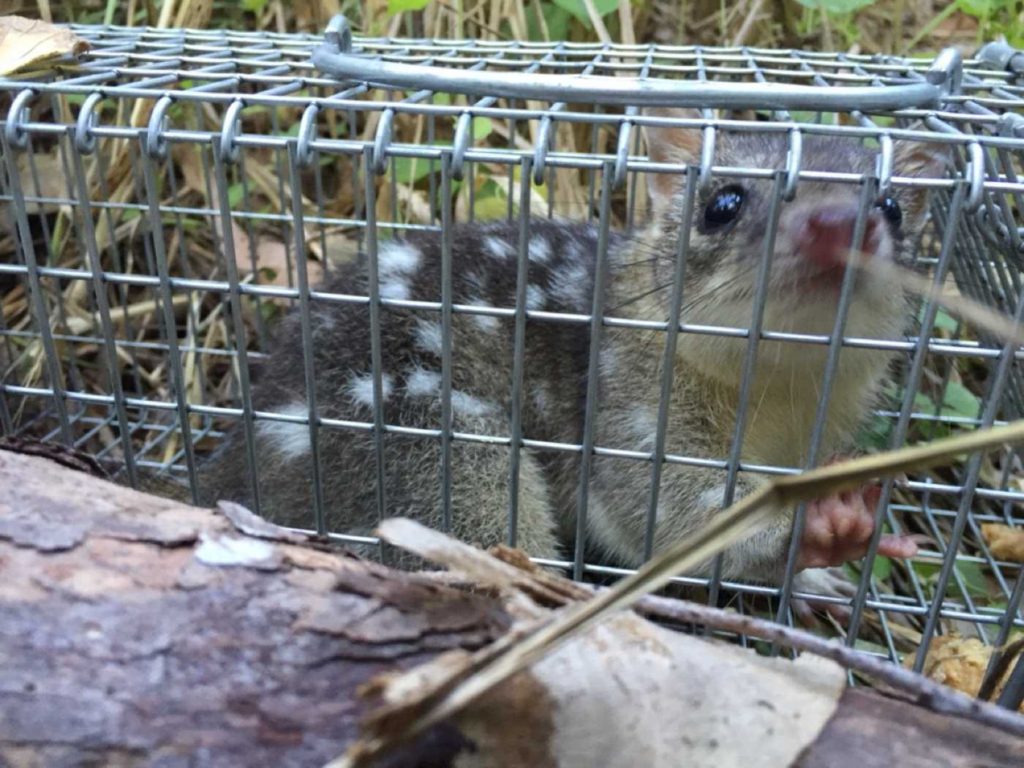 Over the next two weeks I managed to catch ten more quolls: five more boys and five females. This is actually an excellent ratio for founding a captive breeding program, which was exactly my purpose.

My PhD project is hoping to help reverse the decline of northern quolls, which are endangered due to their nasty habit of attacking and eating the invasive, toxic cane toad. Quolls used to be common across the entire top half of our continent, but since the arrival of the cane toad they have all but disappeared. As the cane toad invasion spreads, it will eventually cover the northern quoll’s entire range.

So why, you may ask, was I searching for northern quolls in Far North Queensland, if toads have been in the area for more than half a century?

Amazingly, there are still some populations of northern quolls living happily in small pockets of cane toad-infested Queensland. Because these quolls haven’t evolved any immunity to the cane toad toxin, we thought they were probably surviving because they learnt not to attack the toads.

“Toad-smart” quolls that behaviourally avoid eating cane toads may be the key to saving this endangered species from extinction, which is why I was trekking through the bush looking for them – I wanted to find out as much as I could. 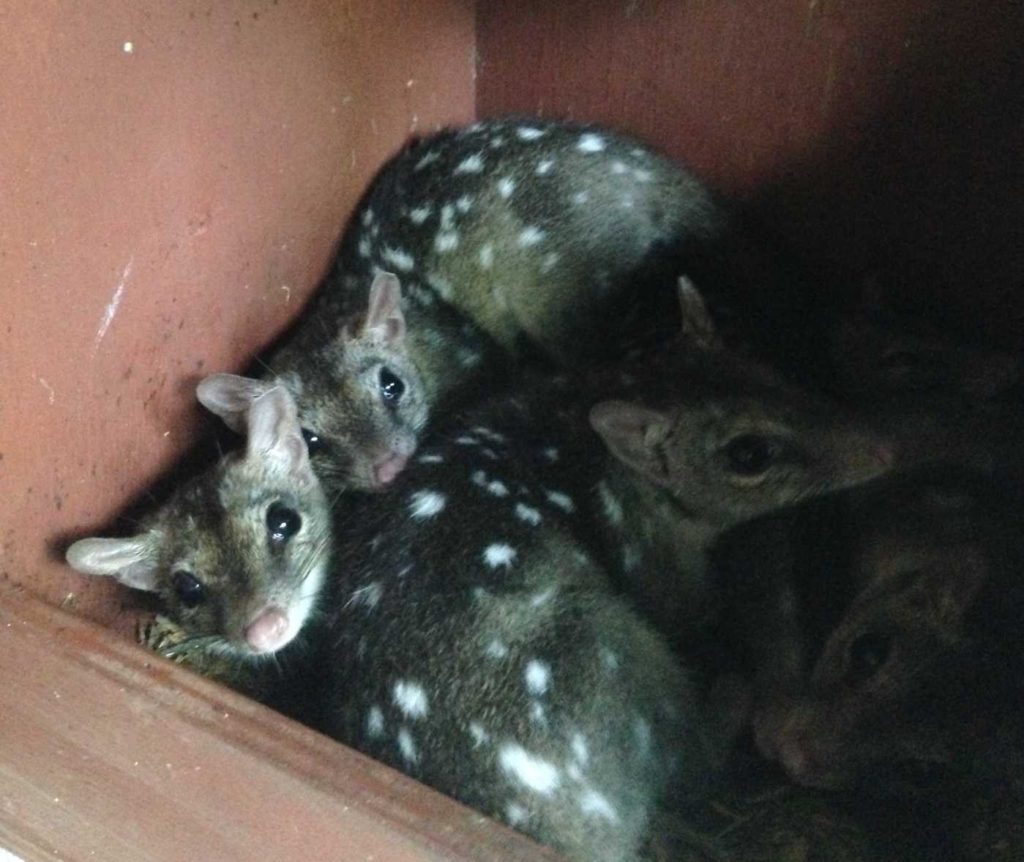 Once I had caught some of these elusive Queensland quolls, I brought them back to the Territory Wildlife Park in the Northern Territory to become part of a captive breeding program. First, though, I wanted to make sure that they in fact weren’t eating cane toads. I gave each quoll a dead adult cane toad in a cage (so they could see and smell it but not attack the toad), and measured how long each individual spent trying to get at the toad.

I compared my Queensland quolls to northern quolls caught in toad-free areas, and found exactly what I was suspecting – quolls from Queensland didn’t try to attack the cane toad in the cage like their toad-naïve counterparts did. They were “toad-smart”!

So now I have established that Queensland quolls are indeed toad-smart, I want to know how they get that way. Do toad-smart quolls have toad-smart babies? If so, is it something that is innate (and passed on genetically), or something that the mothers teach their offspring when they are young?

To answer these questions, I have bred the Queensland quolls in captivity. If their offspring – raised in a captive, toad-free environment – show the same toad-smart behaviour as their parents, we will know that there is a genetic component to the behaviour. I’m now going through these results, so make sure you watch this space.

I have come a long way from trekking through the Queensland bush checking empty traps – I am now much closer to unlocking the secrets of the northern quolls persisting in Queensland. Understanding what has helped these special guys survive will likely help us conserve this beautiful species across the whole of northern Australia.

Ella Kelly is a PhD Candidate at the University of Melbourne, where she spends a lot of time thinking about why some quolls don’t eat cane toads (if only she could ask them!). She also enjoys talking and writing about science, and would ultimately love to have an actual impact on the conservation of Australia’s biodiversity.