Bee stings are worse than wedgies. Still, I’m squirming and dreading bending over while wearing this bright white bee jumpsuit. My supervisor informs me – while smirking – that the tag of the suit reads ‘Extra Large’, making it clear that my 170-centimetre stature must be considered gargantuan in the beekeeping world.

There is only one bee suit, so the instructions I got while suiting up were ‘catch as many bees as you can and then run… far away… and not towards me.’

Life as a research assistant is definitely interesting.

My supervisor is Jeremy Jones, an Honours researcher from the University of New England, and I’m fairly certain he doesn’t actually want me to die while on this project. We’re on a blueberry farm on the stunning Atherton Tablelands in Far North Queensland, just outside the town of Walkamin, with a population of 474 people. The farm is nestled in bushland, overlooked by a wind farm, and bordered by banana and lychee plantations.

I felt a little antsy on my first few days here, because I would say that agriculture and conservation in Australia don’t always see eye to eye.

However, the farmers are welcoming and the basis for the work is interesting. This farm has a history of using European Honey Bees (Apis mellifera) as pollinators for their crops. But European Honey Bees have difficulty extracting pollen from blueberry flowers, largely because of their big body size.

The farmers have decided to try something that works well on farms further south: introducing native stingless bees (Tetragonula carbonaria), commonly known as Sugarbag Bees. These bees can crawl inside blueberry flowers to extract both nectar and pollen effectively, don’t fly as far so they have less of an impact on surrounding bushland, and – a big bonus for the numerous human workers here – don’t sting. However, they only work when it’s warm, which can be a bit limiting. Having both species on a blueberry farm gives a better yield and quality of blueberry than having either species on its own, so the stingless bees will be working alongside the honey bees. 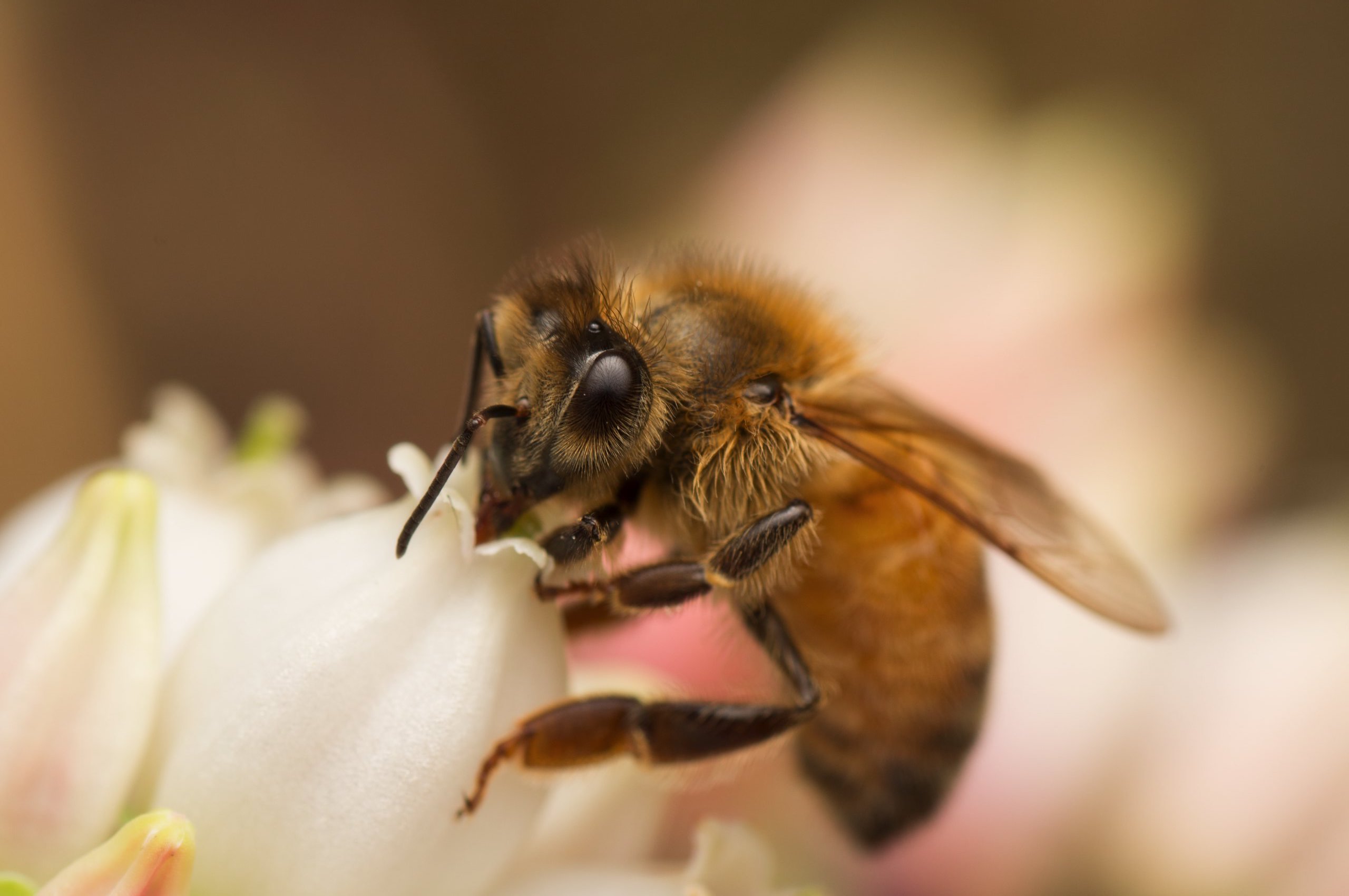 The 30 hives of stingless bees introduced in this study are from New South Wales because there are no commercial providers of stingless beehives in this area. Fun fact: the 50 hives of European Honey Bees are rented from Innisfail, just 120 kilometres away, which indicates a higher level of demand for this non-native species. Additionally, the demand for renting hives for pollination services now rivals the demand for using bees for honey and wax.

Blueberries here aren’t fully exposed to the elements, but are roofed in by ‘blueberry tunnels’, composed of shadecloth, polyethylene, and combinations of the two. On top of that, the entire farm is enclosed in bird netting and some areas are further protected with a fine mesh designed to keep out fruit-spotting bugs that could destroy the blueberry crops. Bees navigate using sunlight, so light being filtered through different tunnel covers has the potential to be extremely disorienting. This is exactly where Jeremy’s research comes in: do the bees pollinate evenly throughout the tunnels or stick to the more exposed blueberry plants on the edges? Or, heck, are they navigating through the netting and bypassing blueberries altogether to forage in the surrounding bushland?

I’ve been trying to catch European Honey Bees with visible pollen in their corbiculae (the pollen baskets on their hind legs). Later, fancy DNA analysis will tell us which species of plants the pollen is from. There is, however, a cheat’s way of narrowing the results down. A lot of the bees are carrying vibrant yellow and orange pollen, instead of the white pollen that comes from blueberry flowers. Even though the numbers haven’t been crunched for data analysis yet, this seems consistent with the low levels of pollen foraging we are seeing throughout the tunnels.

If honey bees are preferencing bushland over blueberries, it’s concerning for several reasons. It indicates that the farmers’ concerns that bees aren’t using the tunnels are possibly well-founded. This could result in a lower-quality crop and wasted money on renting the hives. Secondly, from a conservation standpoint, European Honey Bees are an introduced species and super-generalists, which means they will forage on just about any flowering plant. The quantity of honey bees brought onto a farm such as this can easily consume resources in surrounding bushland that would have sustained hundreds of thousands of native bees. That’s a whole lotta bees! The specific impacts of introducing and then taking away the European Honey Bees is unknown, but changes in pollination communities can have far-reaching implications for the species that live and grow there. Also, honey bees may facilitate weed invasions, as they are more effective at pollinating introduced plants than native pollinators, a phenomenon known as invasive mutualism.

We have recently collected native pollinators within three kilometres of the farm to get an idea of which species are present and what they’re foraging, which should help explain what impact the farm is having on the surrounding bushland and vice versa. We have collected 12 species of native bees, six species of hoverfly, eight other fly species, six species of butterfly, and a few moths, wasps, and beetles. Many of these species could be in trouble if these rent-a-bees keep showing up and stealing dinner.

A beautiful native pollinator – a Blue-banded Bee – moves from flower to flower and I think – perhaps naively – that it looks robust. Maybe, even if honey bees do encroach, everything will be okay.

‘Have you written down what plant species it’s on and the time?’ Jeremy snaps me out of my reverie, and I raise my clipboard back into action. There’s work to be done.

Research projects are continuing on this farm and others, and Jeremy and the stingless bees have headed back down to New South Wales (to analyse data and forage for some pollen, respectively).

Chelsea Smith is currently undertaking her Honours at Monash University, researching the impacts of an invasive Australian skink in New Zealand. She spends most of her time drinking coffee, reading articles and itching to return to the wilderness. You can follow her nature and uni journeys in pictures on Instagram, @wayfarette.